The Most Interesting Man in Medieval Studies: Redux 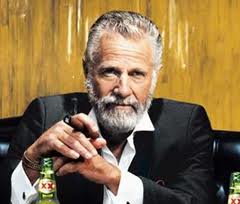 As a sort of holiday gift to all our readers (that is, if you consider medieval jokes gifts and not afflictions), I decided to revisit a post I composed a little over a year ago. I realized that our most interesting man was sorely in need of some new accolades, and so I've provided the newest top ten below. Please add to the mayhem in the comments -- the more the merrier! I'm convinced we can't have enough of these.

And so, without further ado, I wish you all a happy holiday season and give you:


The Most Interesting Man in Medieval Studies . . . Redux.

1. The MLA recently awarded him a prize for his translation of Piers Plowman   . . . into flawless Dothraki.

2.  Flashmobs the world over have popularized his interpretive dance of “The Complaint” (also known as "Hoccleve Style").

3. Students refer to any uncertainty on his part as “The Cloud of Unknowing.”*

4. He once travelled from the Syria to Northumberland by rudderless boat . . . just to see what it would feel like.

5. When he registers for a conference, he does so twice: once for himself, and once for his beard.

7. Conferences are held annually to unpack his stirring analysis of Scandinavian rune sticks.

8.  His lectures on the absence of stirrups in Merovingian Francia regularly move audiences to tears.

9. He lulls his children to sleep at night by reading to them . . . from the 13th century Rolls of Parliament.

10. To protest Greenblatt’s most recent book, he will host an open bar at Kalamazoo 2013. Drinks will be shaken, not swerved. 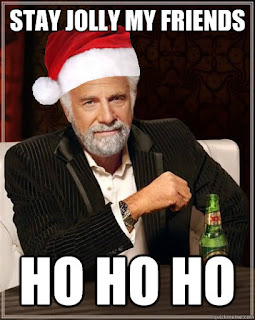 *Many thanks to Kristi for the idea behind this one!
Posted by Leila K. Norako at 6:17 PM