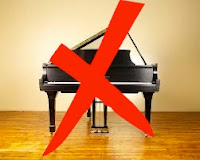 It's been a busy few days/weeks, hence the blog dormancy. I've been slogging away on the book project, and most recently had the immense pleasure of contributing to postmedieval Forum V: The Public Middle Ages. I'll be writing much more about the forum in an upcoming post, but for now wanted to jot down some brief (somewhat rage-induced) thoughts about an article I stumbled upon the other day:

I chanced upon this interview with  Sebastian Thrun, Udacity's CEO, a little while back, and it bothered me deeply for a whole host of reasons. Don't get me wrong. I am hardly anti-online ed, having taught at an online institution for several years and having seen the tangible good it did to the many servicepersons who otherwise would have had a near-to-impossible time getting a college degree. But I developed -- over the course of my time there -- a deep aversion to and distrust of said institution's privileging of quantifiable vs. qualifiable teaching methodologies, not to mention its treatment of students as consumers who can and should dictate the ins and outs of their educational experience -- which resulted, for instance, in the mandatory intro to college-level writing course being shaved down to a mere 8-weeks because, I was told, students just didn't want to take a longer version.

My unease with quantifiable teaching methods being imposed on humanities courses, the quickness with which slow learning is dismissed, and the "student-as-consumer" perspective translates directly into my concerns over Thrun's approach to education. I could go on and on, but will just leave a few thoughts-in-progress here for now:

1. Thrun states in this article that he wants Udacity to be the Uber of education. Both of these companies, "use a network of freelancers paid per piece of work that they perform." He's perfectly content to boast that one such freelancer makes $11k/month at this work, but I'd be very interested to know how the rest of his corps of "adjuncts" fare, especially since we know from recent reports how poorly Uber drivers fare in their own work. He seems either oblivious to or callously dismissive of the ethical implications of this kind of educational model.


He claims it would be harder to develop such a business in another part of the world and certainly not in an existing academic institution. “People in education are risk averse,” he says. “They want to build Steinways. I like to think of us having the impact Ikea has.”

First, the metaphor doesn't even work. Steinway doesn't build furniture, and Ikea sure as hell doesn't mass produce pianos. But even if that was the case, what he's essentially saying is this: because "academics" value slow and meticulous learning and craftsmanship, he doesn't want them involved. He wants people willing to sign up for his vision of swift, mass-produced education. Udacity's name for its degrees -- nanodegrees -- all but speaks for itself. Now, I'm not trying to vilify what Udacity offers in any wholesale way. There are several examples of how these nanodegrees have served Udacity's students well. I harbor concerns, however, over how his perspective reflects broader attitudes towards higher education -- how it stands as such a clear symptom of much larger and wider-reaching problems, problems that have a direct impact on how the humanities are being devalued at present.

3. The description of academics as "risk-averse" all but makes me froth at the mouth. Not only does it imply/assume that corporate business models can and should be imposed on academia writ large, but it also is wildly insulting in an even broader sense. It creates a hierarchy where the speed with which a degree is earned takes precedence over what is learned along the way, where the end result is of greater value than the learning process, where the quantifiable is always, already of greater worth than the qualifiable.

This points to the central concern I have with Thrun and his mogul/corporate approach to education. Nowhere in this interview does he express an interest in the student's experience at Udacity (beyond the speed with which they earn their nanodegrees). And nowhere is there any consideration of the ethics of the work that they are doing and will do as they venture into their careers. To that end, in labeling brick-and-mortar academics as "risk-averse," he demonstrates his complete misunderstanding (I want so much to believe it's not intentional disregard) for the ways in which slow learning cultivates empathy and, as Marion Turner stresses so beautifully, "encourages us constantly to question assumptions; in particular, perhaps, to question the idea that any part of how we live and how we are is natural, or self-evidently superior."

I sympathize with students attending college right now -- the pressure to make their time in college vocational is real, and I understand all too well why they don't feel as free to pursue their intellectual interests as I did back in the early 2000's. But, I've said it several times here and on social media, and I'll keep adding my voice to the chorus of humanists until I'm blue in the face: the humanities, and the slow learning that they require, teach us how to be decent human beings. They might not teach you how to code, or lead directly to making $100k right out of college, but they can, if you let them, enhance your capacity to move through the world more ethically. We need entrepreneurs, progressive thinkers, start-ups, and boom towns, to be sure. But we also need those same people/organizations/spaces to think past their own proverbial noses to consider the broader ramifications of their actions. I see that lacking out here in Silicon Valley in so many, many ways, which is why I feel such a sense of urgency in my current work (i.e. teaching humanities-based critical thinking courses to incoming freshmen at Stanford, many of whom will never take another humanities course in their time here). And to be blunt, if Thrun had any understanding of what's actually at stake in a college education, and what professors regularly put on the line when they commit to their teaching, he might have hesitated before using that term.
Posted by Leila K. Norako at 2:25 PM No comments: